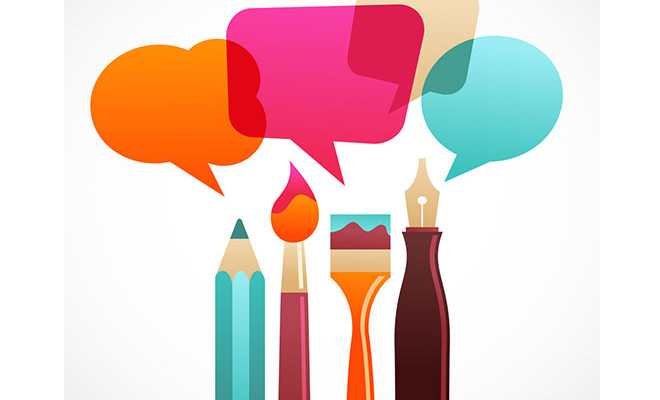 Art’s sweet relationship with the brain and body makes a trip to the museum worth it.

There’s no doubt that art has helped shape society. We build galleries that host priceless creations from the world’s best talent. People all over the world are familiar with famous paintings such as the “Mona Lisa,” and everything from architecture to fashion falls within the realm of art. But beyond simply appreciating the craft and enriching our lives, can science measure the effect art has on us?

Yes, yes it can. Art can do the brain and body some real good, beyond equipping you with dinner party talking points. Here’s the breakdown:

A study from the University of Westminster found that participants’ stress levels decreased after a lunchtime visit to an art gallery. Participants self-reported their stress levels before entering the gallery and then spent 35 minutes exploring the space in any way they wanted. Upon exiting, they expressed being less stressed. Furthermore, they also had lower concentrations of cortisol, commonly known as the stress hormone.

The catch? There was only a decrease in cortisol levels if the visitor came in with relatively high levels. But considering how many of us have hectic work lifestyles and are balancing tons of different things, those with low stress are few and far between.

Plenty of maladies stem from chronic stress, including anxiety, sleep problems and memory impairment. But as the study shows, chowing down on a sandwich while surveying some art can help ward off those health problems. 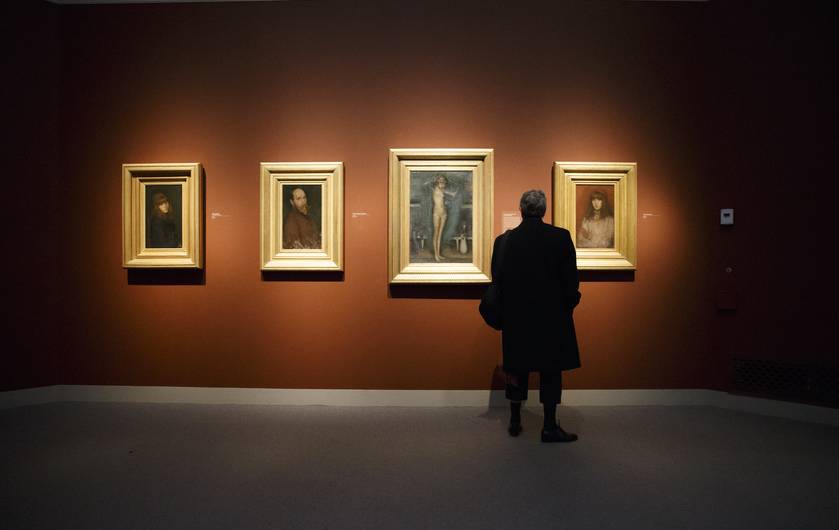 The brain is hardwired to process art.

After analyzing 15 studies that had people looking at art for different reasons, neuroscientist Oshin Vartanian explained in a Q&A that “areas of the brain involved in processing emotion and those that activate our pleasure and reward systems are also being engaged.” Essentially, parts of the brain that are associated with contemplation are automatically sparked when viewing art, even if they aren’t thinking about it critically.

Many of these studies used fMRIs to look at neural systems while responding to paintings. The interior insula, which is connected to pleasant emotions, and the putamen, the area that has ties to the experience of reward, are two sectors of the brain that are triggered by viewing art.

It’s expected that the brain will recognize faces and process scenes when you look at art. But parts of the brain linked to emotions also show activity in the process. It looks like you don’t need a degree in art history to break down what’s going on in a painting — your brain is already doing it. But perhaps the biggest benefits come from actually producing art.

Along with the perks of enjoying and experiencing art, there are real-world benefits to making the art with your own two hands. According to a 2014 study, producing visual art improved psychological resilience and increased brain activity for the participants by the end of the experiment.

The study had two groups of recent retirees. One group was given lessons by an art educator and the participants actively created pieces of visual art that displayed their own personal form of artistic expression. The other group was treated more like a discussion class, where they talked about and interpreted selected paintings and sculptures. Both groups had their brains scanned before and after the period of courses. Of the two groups, the one that produced art reaped the neural benefit of increased connectivity in the brain’s default mode network over the ten weeks of art class. This area deals with cognitive process like introspection, self-monitoring and memory.

As Hyperallergic points out, the researchers speculate that the first group got the gains because of the combination of motor and cognitive processing. They state in the study, “The visual art production intervention involved the development of personal expression and attentional focus on self-related experience during art creation.” Utilizing motor skills and thinking about art together becomes more beneficial instead of doing either separately. It’s easy to take art for granted, but paintings, sculptures, photographs and more can all lead to healthier states, with better brain activity and less stress. So turn off the television (Netflix isn’t going anywhere) and pay a visit to the closest gallery or museum for some noggin jogging. While we’ve known art is a powerful tool to record history and ignite inspiration, now there’s science proving art’s gifts to the mind.