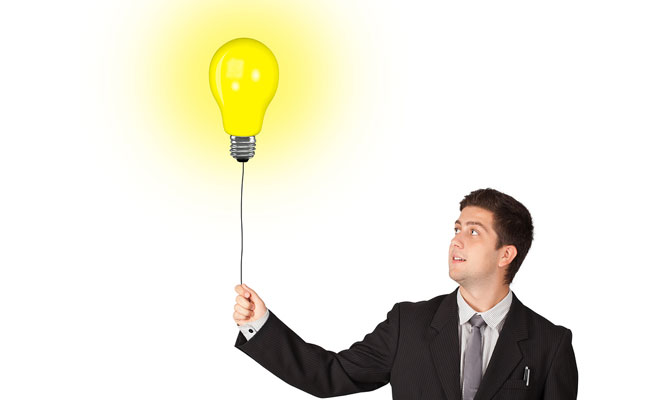 A few years back, I interviewed some of the most successful CEOs in the world in order to discover their management secrets. I learned that the “best of the best” tend to share the following eight core beliefs.

1. Business is an ecosystem, not a battlefield.

Average bosses see business as a conflict between companies, departments and groups. They build huge armies of “troops” to order about, demonize competitors as “enemies,” and treat customers as “territory” to be conquered.

Extraordinary bosses see business as a symbiosis where the most diverse firm is most likely to survive and thrive. They naturally create teams that adapt easily to new markets and can quickly form partnerships with other companies, customers … and even competitors.

2. A company is a community, not a machine.

Average bosses consider their company to be a machine with employees as cogs. They create rigid structures with rigid rules and then try to maintain control by “pulling levers” and “steering the ship.”

Extraordinary bosses see their company as a collection of individual hopes and dreams, all connected to a higher purpose. They inspire employees to dedicate themselves to the success of their peers and therefore to the community–and company–at large.

3. Management is service, not control.

Average bosses want employees to do exactly what they’re told. They’re hyper-aware of anything that smacks of insubordination and create environments where individual initiative is squelched by the “wait and see what the boss says” mentality.

Extraordinary bosses set a general direction and then commit themselves to obtaining the resources that their employees need to get the job done. They push decision making downward, allowing teams form their own rules and intervening only in emergencies.

4. My employees are my peers, not my children.

Average bosses see employees as inferior, immature beings who simply can’t be trusted if not overseen by a patriarchal management. Employees take their cues from this attitude, expend energy on looking busy and covering their behinds.

Extraordinary bosses treat every employee as if he or she were the most important person in the firm. Excellence is expected everywhere, from the loading dock to the boardroom. As a result, employees at all levels take charge of their own destinies.

5. Motivation comes from vision, not from fear.

Average bosses see fear–of getting fired, of ridicule, of loss of privilege–as a crucial way to motivate people. As a result, employees and managers alike become paralyzed and unable to make risky decisions.

Extraordinary bosses inspire people to see a better future and how they’ll be a part of it. As a result, employees work harder because they believe in the organization’s goals, truly enjoy what they’re doing and (of course) know they’ll share in the rewards.

Average bosses see change as both complicated and threatening, something to be endured only when a firm is in desperate shape. They subconsciously torpedo change … until it’s too late.

Extraordinary bosses see change as an inevitable part of life. While they don’t value change for its own sake, they know that success is only possible if employees and organization embrace new ideas and new ways of doing business.

Average bosses adhere to the old IT-centric view that technology is primarily a way to strengthen management control and increase predictability. They install centralized computer systems that dehumanize and antagonize employees.

Extraordinary bosses see technology as a way to free human beings to be creative and to build better relationships. They adapt their back-office systems to the tools, like smartphones and tablets, that people actually want to use.

8. Work should be fun, not mere toil.

Average bosses buy into the notion that work is, at best, a necessary evil. They fully expect employees to resent having to work, and therefore tend to subconsciously define themselves as oppressors and their employees as victims. Everyone then behaves accordingly.

Extraordinary bosses see work as something that should be inherently enjoyable–and believe therefore that the most important job of manager is, as far as possible, to put people in jobs that can and will make them truly happy.

Geoffrey James writes "Sales Source on Inc.com," the world's most-read sales-oriented blog. His new book, Business Without the Bullsh*t, will be published in early 2014.