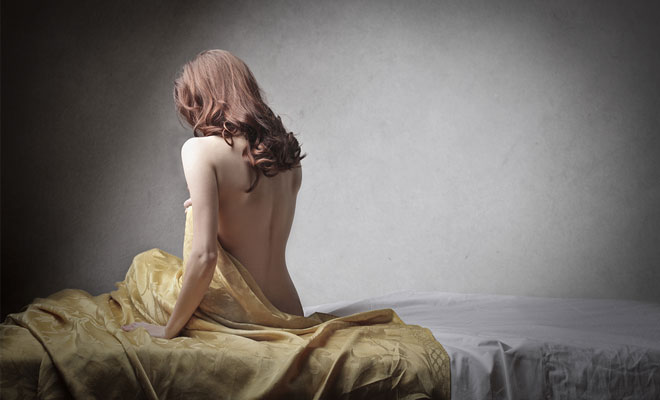 Bringing Sex Out of the Closet

Sex is arguably still in the closet.

Yes, it’s wearing a lot less and showing a lot more than was the case forty or fifty years ago, but it’s still not truly out in the open, except in mostly superficial ways. Its ubiquitous exposure, highlighting, and pornification simply camouflage it. However brazenly explicit sex now is, it nonetheless remains largely hidden, its depths mostly untouched, its heartland still largely unknown, obscured by the tasks to which we commonly assign it, especially that of making us feel better.

How-to books and courses on sex abound, pointing out various ways to get turned on or more turned on in a relationship, with little or no attention given to actually exploring the very turned-off-ness that seemingly necessitates finding out how to get turned on. Judging from the sheer volume of such books and courses, plus an immense amount of personal testimony from all quarters (for example, the great number of American women who admit that they don’t enjoy sex with their husband), it appears that there’s an abundance of sexual dysfunction and dissatisfaction within relationships.

There is plenty of focus on this, accompanied by all kinds of remedies, but not nearly so much focus on how dysfunction and dissatisfaction in the nonsexual areas of relationship might be affecting one’s sexuality.

We are usually quite reluctant to cast (or even to permit the casting of) a clear light on what is actually happening during our sexual times with our partner—other than biologically—but without this, we are simply left in the dark, pinning too much on what we hope sex will do for us.

And there is so much that we expect sex to do for us! More often than we might like to admit, we assign it to stress release, security enhancement, spousal pacification, egoic gratification, pleasure production, and other such tasks. We may use it as a super sleeping pill, a rapid-action pick-me-up, an agent of consolation, a haven or hideout, a control tactic, a proof that we’re not that old or cold. We may also employ it as a psychological garbage disposal, a handy somatic terminal for discharging the energies of various unwanted states, like loneliness or rage or desperation. Mostly, though, we just tend to want sex to make us feel better, and we use it accordingly, whether in mundane, dark, or spiritual contexts.

Not only do we hear more and more about “sexual addiction,” our culture itself is so ubiquitously sexualized that it could be described as sex-addicted. But sexual addiction is not primarily about sex but about that for which sex is a “solution.” It is so easy to think that our sexual charge with a particular person or situation is no more than an expression of our natural sexuality, when in fact it may actually be an eroticizing of our conditioning or of some need we have. (For example, arousal in a certain pornographic fantasy may be secondarily sexual, its primary impetus being rooted in one’s longing to be unconditionally seen, loved, and wanted.)

There won’t, however, be any real freedom here until we release sex (and everything else!) from the obligation to make us feel better. So long as we keep assigning sex to such labor—slave labor—we will remain trapped in the very circumstances for which sexual release is an apparent “solution.” Increased stress means an increased desire to get rid of stress, and if we attempt to do so through sexual means (which does not really get rid of stress, except in the most superficial sense), we simply reinforce the roots of that stress. In addicting or over-attaching ourselves to erotically pleasing release, we also frequently addict ourselves to the very tension that seemingly necessitates and sometimes even legitimizes such release.

The abuse of sex, particularly through the expectations with which we commonly burden it, is so culturally pervasive and deeply ingrained as to go largely unnoticed, except in its more lurid, obviously dysfunctional, or perverse extremes. Even more removed from any telling awareness is our aversion to truly exploring and illuminating the whole matter of human sexuality, not clinically nor in any other kind of isolation, but rather in the context of our entire being, our totality, our inherent wholeness.

That is, sex does not need to be—and in fact cannot be—crystallized out and set apart from the rest of our experience (as those overly focused on the mechanics of sexuality often try to do). Rather, it needs to be seen, felt, known, and lived in open-eyed resonance—and relationship—with everything that we do and are, so that it is, as much as possible, not just an act of specialized function nor an act bound to the chore of making us feel better or more secure, but rather an unfettered, full-blooded expression of already present,already loving, already unstressed wholeness.

To embody such wholeness requires a thorough investigation of the labor to which we have assigned—orsentenced—our sexuality.

That labor and its underpinnings are eloquently revealed through the stark slang of sex. Many of the words and phrases regarding our sexual functioning bluntly illustrate the frequently confused, disrespectful, and exploitive attitude commonly brought to one’s own sexuality and sexuality in general. Consider, for example, the notorious and enormously popular “f” word, for which there is an incredible number of non-copulatory meanings, a fucking incredible number, all pointedly and colorfully describing what we mayactually be up to when we are busy being sexual or erotically engaged.

Here’s a partial list, the majority of which overlap in meaning: ignorance (“Fucked if I know”); indifference (“I don’t give a fuck”); degradation (“You stupid fuck”); aggression (“Don’t fuck with me!”); disappointment (“This is really fucked”); rejection (“Get the fuck out of here!” or “Fuck off!”); manipulation (“You’re fucking with my head”); disgust (“Go fuck yourself”); vexation (“What the fuck are you doing?”); exaggeration (“It was so fucking good!”); rage (“Fuck you!”); and, perhaps most pithily revealing of all, exploitation (“I got fucked”).

Throw together the various meanings of “fuck,” plus the “higher” or more socially acceptable terms for sexual intercourse—including the vague “having a relationship” and the unwittingly precise “sleeping together”—and mix in some insight, and what emerges is a collage composed of (1) the dysfunctional labor to which we have sentenced our sexual capacity; and (2) the expectations (like “Make me feel wanted” or “Make me feel better”) with which we have saddled and burdened it.

When we primarily assign our sexuality to stress release, security reinforcement, egoic reassurance, the fueling of romantic delusion, and other such chores—thereby burdening it with the obligation to make us feel better—we are doing little more than screwing ourselves, dissipating much of the very energy that we need for facing and healing our woundedness, the woundedness that, ironically, we seek escape or relief from through the pleasuring and various sedating options provided by our sexuality.

This is not to say that we should never use our sexuality for purposes such as stress release, for there are times when doing so may be entirely appropriate, but such usage needs to be more the exception than the rule.

We are living in a pervasively sexualized culture—“sexy” as an adjective has infiltrated just about every dimension of life. There’s much more openness regarding sex than there was fifty or sixty years ago, but much of that openness has more to do with breadth than depth. We have more permission to experiment with sex and to talk graphically about it, but we nevertheless don’t talk about it in real depth very often—exploring, for example, the nonsexual or presexual dynamics that may be in play during sex—for to do so would put us in a position of real vulnerability and transparency, not so able to hang on to a semblance of “having it together.” Seeing what we are actually doing in nonsexual contexts while we’re busy being sexual may not be very high on our list of priorities!

And this is the era of informed consent, centered by the myth—yes, myth—of consenting adults. In sexual circumstances, many of us may not be clearly considering what is really going on and what is at stake, instead making choices from a desire (largely rooted in childhood) to get approval, affection, connection, love, or security, or to be distracted from our suffering. At such times, we are operating not so much as consenting adults as adult-erated children (and/or adolescents) whose “consent”—however “informed”—is largely an eroticized expression of unresolved woundedness or unmet nonsexual needs.

The deepest sex, sex requiring no fantasies (inner or outer) or turn-on strategies or rituals of arousal, but rather only the love, openness, and safety of awakened intimacy, cannot be significantly accessed without a corresponding depth in the rest of our relationship with our partner. Without such mutual maturity, it doesn’t matter how hot or juicy or innovative our sexual life may be, even if we have many orgasms, big orgasms, together.

In fact, when we make coming together a goal, we simply come apart, separating and losing ourselves in our quest for maximally pleasurable sensations. “Sensational” sex is precisely that: sex that is centered and defined by an abundance of erotically engorged sensations. The romanticized presence of these sensations is often misrepresented as actual intimacy, at least until the rude pricks of reality do their vastly underappreciated job.

Most couples we see are not really all that happy with their sex life. Some of them have gone flat sexually, having had little or no sex for a long time. (Not surprisingly, the rest of their relationship is also usually flat, emotionally depressed, low in passion, unnaturally peaceful.) Other couples are more openly frustrated, wanting more than they are getting (such a quantitative focus being mostly a male complaint), or wanting more connection before sex (such a qualitative focus being mostly a female complaint). And others initially act as if they are doing fine sexually, being reluctant to reveal their discomfort with the direction that their sex life may be taking (like tolerating a partner who prefers porn to them). And so on.

The good news is that such dissatisfaction, if allowed to surface in its fullness, will often goad a couple into doing work that they would otherwise avoid or postpone.

As a couple explores their sexuality, and explores it deeply, they will discover that what’s not working in their relationship usually shows up in their sexuality, often in exaggerated form. And conversely, as they ripen into more mature ways of relating, they will find that this revitalizes and deepens their sexuality. No sex manuals or tantric rituals are needed, nor any fantasies or other turn-on tactics—their increased intimacy and trust in each other are more than sufficient, creating an atmosphere within which love-centered, awareness-infused sexual desire can naturally arise and flow, carrying the lovers along into the sweet dynamite and ever-fresh wonder and ecstasy of what sex can be when it has deep intimacy’s green light.