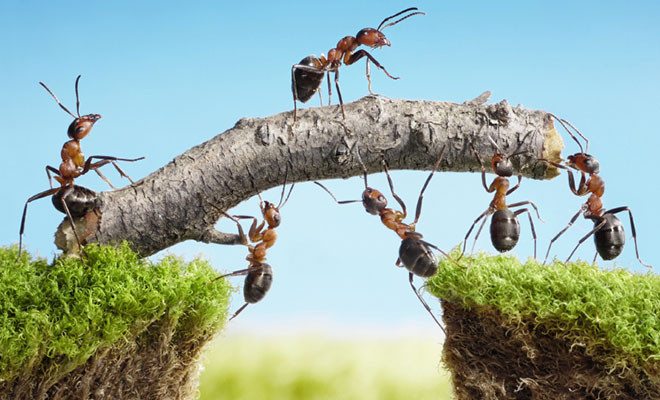 As a person who works with athletes in many sports at all levels from juniors to international teams I have become aware of a most annoying creature which continually undermines players and teams alike. It is a sacred cow which wanders into team meetings, strategy sessions and locker rooms alike, mooing loudly. It is time this sacred cow was dragged outside and slaughtered and in good South African tradition thrown on the braai and devoured. This sacred cow is the statement and belief ’THERE IS NO I IN TEAM”. It sounds catchy and rolls off the tongue quite glibly. How many times have you said it?

The principle behind this statement is that the individual or “I” should not exist in team sports; the belief being that teams perform better when each individual leaves their individuality behind and becomes a part of the team. The whole is bigger than the needs or desires of the individual. On the surface it certainly sounds quite logical.

History  is filled with heroic stories of the individual sacrificing everything for the success and glory of the whole. This thinking is so entrenched in our sporting culture that we still find an army style being used where coaches will target and ‘break’ those players who don’t want to conform and be absorbed into the ‘whole”. Those who are strong individuals are often frustrated and ostracized and end up being left on the bench, the message being ‘Don’t be different, don’t buck the system, don’t think, just shut up and do what the coach says!”

Our research with elite athletes shows that for players to achieve greatness and “Zone” regularly a strong sense of self-reference is needed. The player mustn’t give up or lose their individuality but rather find and enhance it.

A player that has a strong sense of self, is one who owns their decision making ability and gives themselves permission to act and think. They do not need to look to others for approval or permission. If this skill is taken to an extreme this person can be perceived to be arrogant.  If you look at the truly great individuals in sport many of them have a reputation for being strong headed, independent even arrogant.

The opposite would be a person who looks to others for approval and is indecisive if they have not first sought and found the approval of those around them.

The secret then lies in an individual that thinks and acts independently yet chooses to adapt and fit to the team norms. We would like a player who chooses to fit into the discipline and structure of the team yet is still willing to speak up where he disagrees. It is perhaps this issue of choice that makes the biggest difference; a self-referent person chooses to behave in a certain way whereas an ‘other’ referent person feels compelled to act in a certain way.

One of the biggest complaints I hear from coaches today is that their players make poor decisions and do not think for themselves. Moments of indecisiveness cost games and poor decision making impacts on results. These coaches who complain about their player’s lack of decision making ability are the same coaches who strongly resist a player who is independent and likes to think for himself.  I have seen many coaches sideline or work a player out of a team because they are independent. “They are just not team payers”, being the reason given. The reality is that thinking players are also questioning players. They challenge and resist something that is not logical or clearly communicated. You have to spend time with them and be more sure about your facts and strategies. If you want great decision makers on the field be prepared to work with thinking people off the field. If your ego as a coach can’t handle being questioned and challenged then you should only work with children under 10 who don’t mind being told what to do; but even this is changing.

From this you can see that any coach should also have a strong “I”. How do you develop this? Much has to do with the permission we have given ourselves. Are we allowed to be different? Am I allowed to say something that is different from others around me? Am I really comfortable with who I am?

So I suggest a better way of managing teams is to encourage debate and discussion. Don’t sideline players who are different but work with them and the team to incorporate them into the structure. Create a strong “we” through discussion about the vision and goals and culture of the team. Teams go through life cycles. New teams and young teams need to be told more and asked less. But any team that is well established should encourage individualism and difference.

I think Michael Jordan realised this truth. He said “There is no I in team, but there is I in WIN”.

Related ItemsAchievementactionableinnovativeLeadersSuccess
← Previous Story Right Brain/Left Brain Passages Of The Day
Next Story → Success On The Far Side of Failure – Learning From Failure?