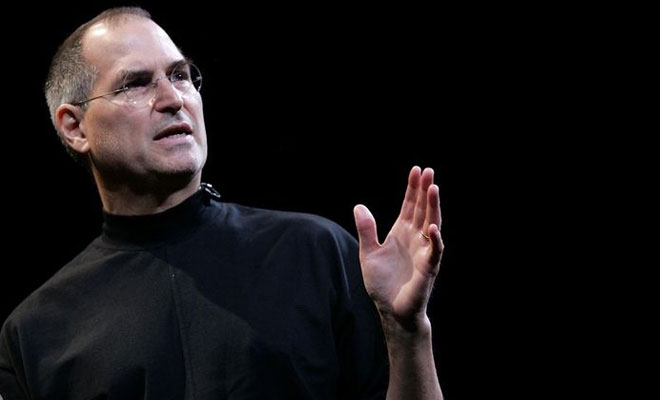 I spent some time over the break reading Steve Jobs’ biography written by Walter Isaacson. A tomb of a book I was told to read by a host of ex-staff and friends claiming ‘Creel, he’s just like you.’ Well sure I hadn’t revolutionised the technology industry and founded the most valuable company in the world, but I did have what you might call a rather quirky leadership style.

So already feeling quite chuffed that Steve the world changer and Creel ‘never invented anything’ Price may have had some things in common, I sat down to read with great anticipation. However, it only took the first few chapters before I developed an uneasy feeling in the pit of my stomach. I realised that I had none of Jobs’ techno-genius, eye for design or perfectionism. I wasn’t adopted and didn’t spend my university years on LSD, nor did I have a track record of weird diets or a well-publicized fight with disease. Rather in a process of elimination I figured my friends thought I had all of his not so great characteristics that included rudeness, control freak tendencies and what x-apple staff termed his ‘Reality Distortion Field’. Essentially; a tendency to make up your own reality and then proceed to brainwash those close to you to believe you are right.

So as self-justification for what I realise was my default leadership style, and to protect his enduring legacy, I have reverse engineered this seeming fault of Steve Jobs’ into a positive. Essentially some reasons why every entrepreneur who aspires to make a difference in the world needs a reality distortion field.

Jobs asked a lot of his staff to stick to deadlines they thought improbable and achieve advances they thought impossible. By expecting more it is uncanny how often people rise to the occasion. As a leader your job is to inspire your staff to stretch. Their joint pride in achieving unlikely goals will soon make them forget the long hours, enormous stress and self doubt they experienced to get there.

When Jobs didn’t want to believe something he didn’t. If research or past history went against what he wanted he disregarded it. His board commissioned research proving why they shouldn’t proceed with retail stores and voted against it but Jobs did it anyway. Becoming some of the most successful stores in retail history. Research isn’t always right. If you believe then proceed.

Jobs was famous for putting down someone else’s idea and then shortly thereafter suggesting it as his own brilliant idea. Why did this work? A leader needs to be inspired about the creation of something new and special. They need the validation that their ideas are genius. A small change to an idea or how it is executed is still original and can make all of the difference and whether it will be successful or not. Ideas aren’t owned, they are a collaboration of people’s voiced or un-voiced thoughts but ultimately need to be championed by the leader.

Publicity Jobs’ mind was often away in the future yet he was very mindful of how he was perceived. You need to create big shoes to fill and wear them as if you have the feet of giants. You need to project your better self regardless of the past facts that dispute this. Only then can you become the man or woman you strive to be.

Too many business people are all about incremental improvement. Jobs was about major advances because he dreamt the impossible. When no one believes your idea is possible then you may well be onto something. Don’t get dragged down by the 90% of the population who can’t see into the future unless there is proof in the present. Dream of the new world order and how you can make it happen.

Steve Jobs you were an inspiration to so many on so many levels. Thank you for showing us even your supposed faults were in fact part of your genius.

Creel Price is one of Australia’s most dynamic entrepreneurs and leading business minds. Having founded eight businesses before he left school he went on to co-found Blueprint Management Group by the age of 25 with just $5,000 in capital and sold it within a decade for over $100 million.