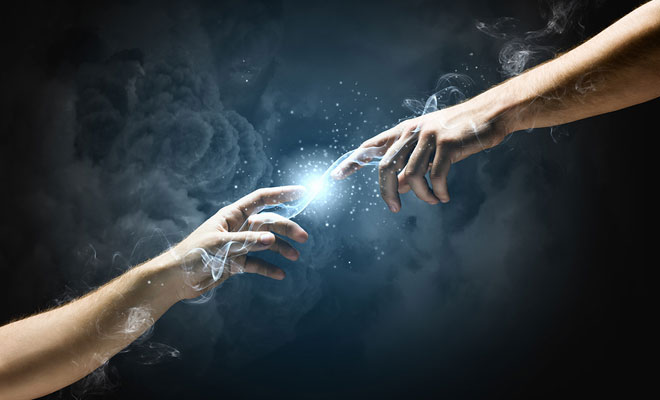 If you want to negotiate a tough deal, make sure you are sitting on a hard chair. That’s the finding of an innovative bit of research showing how physical touch influences many of our thoughts and decisions.

The new research, which appeared recently in the journal Science, comes from a team of psychologists from Harvard and Yale University, and the Massachusetts Institute of Technology. They attempted to demonstrate through six experiments how dramatically our sense of touch unconsciously affects how we perceive the world.

In the first test, the researchers recruited volunteers and asked them to evaluate a job candidate. Everyone got the same resume, but some volunteers read the resume on a heavy clipboard, others on a light clipboard.

To the surprise of the researchers, people given the weighty clipboards labelled the candidates as more “serious,” more “important,” and “more likely to succeed.”

“Simply having a heavier clipboard caused people to change their impressions of other people,” study- co-author Josh Ackerman, an evolutionary psychologist working with the MIT Sloan School of Management, told CTV News.

In the second test, subjects were given either a soft blanket or a hard block to touch. After they handled the objects, they were asked to assess a job applicant. Those who had handled the block judged the employee as more “rigid” and “strict.”

“Just by spending a few seconds touching this particular object, just by doing that, it can shape the kinds of first impressions people have about others,” Ackerman said.

In another experiment, the researchers found that shoppers more readily formed confident impressions about products after they had touched and physically interacted with the products, rather than simply read about them.

Another experiment had participants arrange a rough or smooth jigsaw puzzle and then read a passage about an interaction between two people. Participants were more likely to characterize the interaction as adversarial if they had first handled rough, jigsaw puzzle pieces, as opposed to smooth ones.

In another trial, subjects were asked to negotiate the cost of a car; some volunteers were put in soft chairs, others in hard chairs. Those sitting in the rigid chairs turned out to be more rigid in their price, and less willing to negotiate.

The lesson for car dealers? Get softer chairs.

The research builds on previous work by co-author John A. Bargh of Yale, who found people judge others to be more generous and caring after they had briefly held a cup of warm coffee rather than a cold drink.

Bargh said in a news release that physical concepts such as warmth, hardness, and roughness are among the first feelings infants develop and remember. Such feelings, he says, then become critical to how adults eventually develop perceptions about people and relationships.

Eventually, the physical and the abstract become linked. Metaphors, such as a “rough” day, a “warm” smile, and “heavy-handed” tactics all reflect the link between physical experience and mental understanding.

“Our minds are deeply and organically linked to our bodies,” Bargh said.

The researchers say while it’s hard to believe that subtle actions like touching something hard or sitting in a soft chair can influence important decisions, it’s clear that our hands manipulate our minds. “Touch remains perhaps the most underappreciated sense in behavioral research,” said co-author Christopher Nocera, a graduate student in Harvard’s department of psychology, in a news release.

“Our work suggests that greetings involving touch, such as handshakes and cheek kisses, may in fact have critical influences on our social interactions, in an unconscious fashion.”