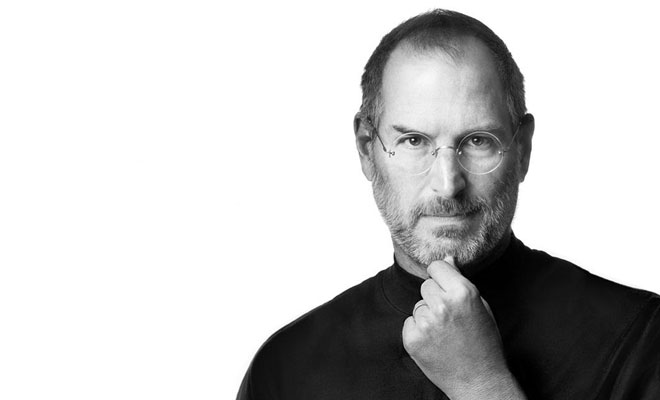 His saga is the entrepreneurial creation myth writ large: Steve Jobs cofounded Apple in his parents’ garage in 1976, was ousted in 1985, returned to rescue it from near bankruptcy in 1997, and by the time he died, in October 2011, had built it into the world’s most valuable company. Along the way he helped to transform seven industries: personal computing, animated movies, music, phones, tablet computing, retail stores, and digital publishing. He thus belongs in the pantheon of America’s great innovators, along with Thomas Edison, Henry Ford, and Walt Disney. None of these men was a saint, but long after their personalities are forgotten, history will remember how they applied imagination to technology and business.

In the months since my biography of Jobs came out, countless commentators have tried to draw management lessons from it. Some of those readers have been insightful, but I think that many of them (especially those with no experience in entrepreneurship) fixate too much on the rough edges of his personality. The essence of Jobs, I think, is that his personality was integral to his way of doing business. He acted as if the normal rules didn’t apply to him, and the passion, intensity, and extreme emotionalism he brought to everyday life were things he also poured into the products he made. His petulance and impatience were part and parcel of his perfectionism.

One of the last times I saw him, after I had finished writing most of the book, I asked him again about his tendency to be rough on people. “Look at the results,” he replied. “These are all smart people I work with, and any of them could get a top job at another place if they were truly feeling brutalized. But they don’t.” Then he paused for a few moments and said, almost wistfully, “And we got some amazing things done.” Indeed, he and Apple had had a string of hits over the past dozen years that was greater than that of any other innovative company in modern times: iMac, iPod, iPod nano, iTunes Store, Apple Stores, MacBook, iPhone, iPad, App Store, OS X Lion—not to mention every Pixar film. And as he battled his final illness, Jobs was surrounded by an intensely loyal cadre of colleagues who had been inspired by him for years and a very loving wife, sister, and four children.

So I think the real lessons from Steve Jobs have to be drawn from looking at what he actually accomplished. I once asked him what he thought was his most important creation, thinking he would answer the iPad or the Macintosh. Instead he said it was Apple the company. Making an enduring company, he said, was both far harder and more important than making a great product. How did he do it? Business schools will be studying that question a century from now. Here are what I consider the keys to his success.

When Jobs returned to Apple in 1997, it was producing a random array of computers and peripherals, including a dozen different versions of the Macintosh. After a few weeks of product review sessions, he’d finally had enough. “Stop!” he shouted. “This is crazy.” He grabbed a Magic Marker, padded in his bare feet to a whiteboard, and drew a two-by-two grid. “Here’s what we need,” he declared. Atop the two columns, he wrote “Consumer” and “Pro.” He labeled the two rows “Desktop” and “Portable.” Their job, he told his team members, was to focus on four great products, one for each quadrant. All other products should be canceled. There was a stunned silence. But by getting Apple to focus on making just four computers, he saved the company. “Deciding what not to do is as important as deciding what to do,” he told me. “That’s true for companies, and it’s true for products.”

After he righted the company, Jobs began taking his “top 100” people on a retreat each year. On the last day, he would stand in front of a whiteboard (he loved whiteboards, because they gave him complete control of a situation and they engendered focus) and ask, “What are the 10 things we should be doing next?” People would fight to get their suggestions on the list. Jobs would write them down—and then cross off the ones he decreed dumb. After much jockeying, the group would come up with a list of 10. Then Jobs would slash the bottom seven and announce, “We can only do three.”

Focus was ingrained in Jobs’s personality and had been honed by his Zen training. He relentlessly filtered out what he considered distractions. Colleagues and family members would at times be exasperated as they tried to get him to deal with issues—a legal problem, a medical diagnosis—they considered important. But he would give a cold stare and refuse to shift his laserlike focus until he was ready.

Near the end of his life, Jobs was visited at home by Larry Page, who was about to resume control of Google, the company he had cofounded. Even though their companies were feuding, Jobs was willing to give some advice. “The main thing I stressed was focus,” he recalled. Figure out what Google wants to be when it grows up, he told Page. “It’s now all over the map. What are the five products you want to focus on? Get rid of the rest, because they’re dragging you down. They’re turning you into Microsoft. They’re causing you to turn out products that are adequate but not great.” Page followed the advice. In January 2012 he told employees to focus on just a few priorities, such as Android and Google+, and to make them “beautiful,” the way Jobs would have done.

To read the full article you can purchase from Harvard Business Reviewas they do not allow full republication.