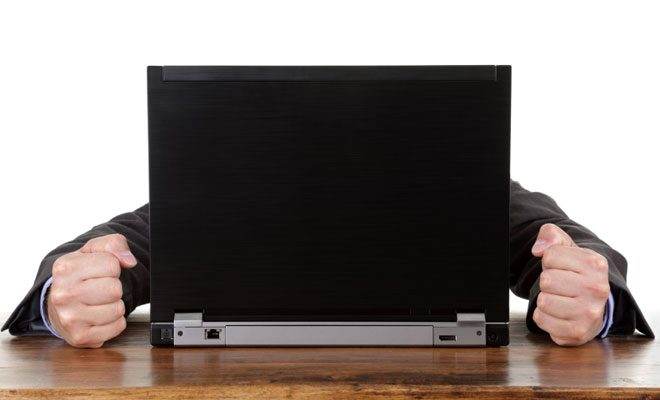 An Epidemic of Global Anger

We are a community of nations on fire with anger. And we are getting angrier by the day. Whether we look at the increase in uprisings occurring around the world or at the escalating tension brewing in America, what is becoming more apparent is that we are witnessing a rapidly increasing rate of global anger, so much so that it qualifies as an epidemic.

Events such as President Ahmadinejad’s admission that Iran now has two active nuclear reactors just adds one more cosmic-sized dilemma to the on-going, never-ending list of life-threatening global crises that contribute to this fever of global rage. Though Ahmadinejad is frequently described as a lunatic, from his perspective he is a sane man who has organized very logical arguments based on outsiders invading Arab lands. He fears the same might happen to Iran. The problem is that his fears might be justified. He may well be a mad, religious fanatic but he is also an angry one who may soon have his finger on the button of a WMD. And an angry lunatic, as history has taught us, is the most dangerous kind.

Meanwhile, he is delighted to have the nuclear spotlight as a means to add to the world’s increasing toxins of fear and anger, only we are not dealing with ordinary everyday anger. Global anger is fueled by the surreal circumstances of our times that have placed lunatics such as Ahmadinejad or Kim Jong-iL or others like them in positions that can destroy not just millions of innocent human lives, but the quality of humanity’s future on this planet — just like that. It is such surreal circumstances that give way to insane and unfit leaders, exactly like the times that saw the rise of Hitler or Stalin. People always make the mistake of believing that great evil cannot repeat itself but people who believe this know nothing about the cycles of history or the nature of evil. Both repeat themselves, especially when we’re not on the lookout for them.

We can say that the fear generated by global shock waves such as Iran’s latest news bulletin is nothing new in this world of continuing bad news. But actually there is much that is new in terms of how we are affected by the global network of anger that is the hallmark of today’s global atmosphere — because we are affected by it, perhaps far more than we realize.

Internet communication systems, for example, deliver reports of impending global disasters into our homes or onto our iPods or Blackberrys instantly. Now we are immediately and intimately aware of the sufferings and the crises — and the anger — in other nations. These emotions are continually transferred through our phones, through our iPods, and they are downloaded into our computers. Let me put it this way: Where isn’t the anger of the world being downloaded in your life? How can you not become infected at some point with this epidemic of global anger?

Here’s what’s true about anger: anger is a verb, not a noun, so to speak. Whether brewing in an individual or a nation, anger always needs to find a way to express itself. And it always succeeds. It’s just a matter of time before angry people do angry things. The FBI is now looking for the person or persons who put up a Facebook page asking people if they thought President Obama should be assassinated. Such action does not stem from ordinary anger but from the type of madness that created the Nazi barbarians. But now it’s coming from our own country. We are on a very dangerous precipice and we would be fools to not see this. America is angry in a way that it has never been angry before.

Though other nations, and certainly America, have gone through periods of intense upheaval before, like the Vietnam era, this time the ingredients are different. We are living in the midst of extreme states of chaos and anger without any extreme expression of opposite emotions, such as hope and optimism. The crises facing our world today are such that we can’t even conceive of a way out of them. All we keep hearing is that we are in yet another one — like Iran, for example — and each one holds the potential to end the lives of millions, if not billions, of people. Billions is not an exaggeration in numbers for a nuclear war. And half the people dealing with these WMD’s are not sane. If that isn’t grounds for anger, if not total outrage, what is?

But it’s not just global turmoil that seeps into our psyche, one crisis at a time, constantly chipping away at our sense of stability. The instability that reigns in our own nation is our primary pressure center with matters like Iran and other global concerns merely adding to the tension. Without a doubt, President Obama has become the target for America’s anger for reasons that are both obvious and complex. He inherited Bush’s disasters, as we know, and he is now creating some of his own. He has the misfortune to be the president at a time when the Congress is filled with Republicans devoted to sabotaging him combined with Democrats unable to take on this handful of Republicans and Blue Dog Democrats that still seem to be in charge. And he has made the mistake more than once — the foolish mistake — of promising to complete projects by certain dates, like closing Gitmo by January 2010 and signing off on the Health Care Reform Bill by the summer break. (Now the date is moved to Thanksgiving.) All those broken promises do is give the Republicans yet another failure they can use in the next presidential election. And he has yet to show that he has the capacity to lead with fire in his gut.

For all the explosive public reactions that Washington politics generate, however, it’s the subtle impact upon Americans that is the most devastating. What politicians never stop to reflect upon is how their absence of character, of moral and ethical leadership, of courage and of true devotion to care for the well being of the nation and its people has truly caused the core values of this country to undergo a traumatic transformation. And this, at the end of the day, is the true reason Americans are so angry. As a result of so many of our politicians failing to fight for what is right or against what is wrong and because so many have switched their loyalties through the years from serving this country to serving the corporate interests, we are now a people who have more faith in impending disasters than we do in their promises to us that they can find solutions to our problems. We now have more faith that our politicians and bankers are lying to us than we do that our leaders and financial experts are telling us the truth. Banks have become the symbol of the riskiest place to put our money instead of the most secure. Life in this country, not to mention the rest of the world, has become more absurd than safe and reliable. Never mind hoping that our children will have a better life than we had; we must content ourselves with hoping they have a future at all. Do they not realize how deep a crisis they have created just by being the type of people they are?

The indicators regarding how deeply we have been affected by the absence of hope and the abundance of despair has penetrated into nation’s core are as obvious as they are hidden in the small details of life. For example, when I was in school I recall my elders constantly asking me, “And what are you going to be when you grow up?” The question annoyed me for two reasons. First, I had no idea but secondly, I had no idea because I had so many options from which I could create a future. I could be a writer or a teacher or a professor of history. I could travel the world or I could stay home or I could start a business or I could have a dozen children — and find a dozen ways to support them. In fact, part of me actually felt that I could do it all. My horizon was as wide open — and unpolluted, I might add — as it was fertile with possibilities.

Today’s horizons are polluted, frightening, and potentially filled with nuclear fallout. No wonder kids are so confused, not to mention scared. They watch the news. They know about Iran, North Korea, Israel, Iraq, and Afghanistan. They know their environment is disintegrating by the hour and that half the world is cordoned off to them now because of terrorism. So when they look at the quality of our politicians and think, “This bunch is in charge of the decisions that determine whether I have a future,” how could they be anything but angry as hell? I know three kids who actually thought Glenn Beck was a Republican Senator. Imagine that madman with his finger on a WMD switch? Don’t think for a moment that all the lunatics in the world are in the Middle East.

The truth is the source of our epidemic of anger is much bigger and far more complex than even the mess the Bush administration got us into or the growing chaos of Obama’s administration. Our deeper truth is that we are in the midst of a collective faith crisis but it isn’t with God; it’s with humanity itself. We can no longer trust our common sense or humanity to keep our species alive much less safe and healthy. Against the weight of that and other cosmic-sized crises, we must look to Washington and the truth is, we don’t trust the common sense or humanity of our own Congress to protect us, much less to do the right things to lead this nation forward. We have become inverted in our beliefs in our own nation, mistrustful of the very systems that are meant to keep us safe and stable – our Congress, our banks, and thanks to the handiwork of the Republicans, we hardly trust each other.

The fact that the Republicans and their Democratic soul mates would continue to sabotage their own Congress for personal and corporate self-interests, or because they are too cowardly to stand alone on issues that matter, when the American people are exhausted from a growing list of problems is a political sin.

No wonder we are experiencing an epidemic of anger. Where else have we to go?