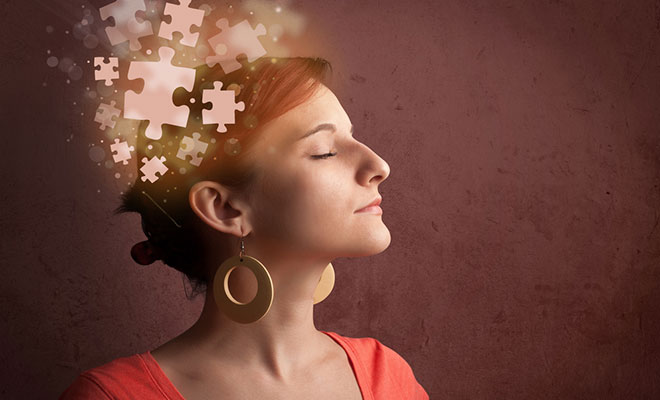 By Penny Tompkins and James Lawley | November 4, 2015 0 Comments
We are interested in modelling:

– the phenomena in general
– how individuals do them
– and how to increase our capacity to move from one to the other.

We have collected a number of ideas from a range of contexts which we think have relevance to the topic. We’ll leave you to find your own links between them!

We were introduced to the concept of domain dependence by Nassim Nicholas Taleb, so he can have the first word:

Some people can understand an idea in one domain, say medicine, and fail to recognize it in another, say socioeconomic life. Or they get it in the classroom, but not, in the more complicated texture of the street. Humans somehow fail to recongize situations outside of contexts in which they usually learn about them.

I had a vivid illustration of domain dependence in the driveway of a hotel of the pseudocity of Dubai. A fellow who looked like a banker had a uniformed porter carry his baggage. About 15 minutes later I saw the banker lifting free weights at the gym, trying to replicate natural exercises using kettle bells as if he were swinging a suitcase. Domain dependence is pervasive.

We are all, in a way, similarly handicapped, unable to recognise the same idea when it’s presented in a different context. It is as if we are doomed to be deceived by the most superficial part of things, the packaging, the gift wrapping. We don’t see antifragility [because] it is not part of the accepted way of thinking about success, economic growth, or innovation. And domain dependence is also why it has been difficult for many researchers to realize that uncertainty, incomplete understanding, disorder, and volatility are members of the same close family. This lack of translation is a mental handicap that comes with being a human; and we will only start to attain wisdom or rationality when we make an effort to overcome and break through it. (Antifragile, 2012, pp. 38-40)

5 Principles of Creativity – Why it Works – Part 4: Cross Domains

Of all the creativity techniques, getting used to cross-domain thinking can be the most rewarding and can sometimes lead to quick results.  It can also make you look slightly crazy. In short if you are looking to increase your creative output in the shortest time, with the least effort, then cross domain thinking is the best way to do this – as long as you are comfortable coming up with some fairly ‘left-field’ ideas.

So why is cross-domain thinking so important?

First off is that much of creativity is about the recombination of ideas. There a very few ideas that are truly original. Asking someone to come up with a creative idea that has not been thought of before is an extremely difficult assignment. It’s a lot easier, and a lot more productive to look around at ideas in use within other fields.

The second reason that cross domain thinking is so valuable is because chances are, the problem you are trying to deal with has already been solved somewhere else – and solved well. Someone somewhere HAS to get that little irritating problem that you would like to solve right. For example, if you have a quality issue, then look to the airline industry – where they NEED to get quality right. If you have a rapid response issue then look to law enforcement. Again, what may be a valuable need for you is essential for them. Cross domain thinking provides ready access to well understood and mature best-practice solutions.

The third reason is that cross domain thinking (once you get used to it) is a lot easier than delving deeper into one domain. The learning load of continuing to expand knowledge deeper into the crevices of a single discipline is high whereas a large amount of potentially useful concepts and information can be gathered from a different field in a very short period of time.

Finally with cross domain you are more likely to come up with a unique combination that hasn’t been tried before. If you want an example of how combining apparently unrelated concepts can be hugely rewarding just think of mixing wizards with boarding school and the success of the Harry Potter franchise.

There appears to be a growing interest in the value that generalists can provide to an organisation and a slight stepping back from super specialists. The benefits of cross-domain thinking may in fact be behind this new found interest in generalists.
lessonsfromdotdotdot.blogspot.co.uk/2013/02/5-principles-of-creativity-why-it-works_20.html

Ernest Rossi, in his extensive investigation of The Psychobiology of Mind-Body Healing, says creativity involves breaks in state-dependency:

What we usually experience as our ordinary everyday state of awareness or consciousness is actually habitual patterns of state-dependent memories, associations, and behaviours. I have conceptualized ‘creative moments’ in dreams, artistic and scientific creativity, and everyday life as breaks in these habitual patterns. The new experience that occurs during creative moments is regarded as ‘the basic unit of original thought and insight as well as personality change’. What is domain specificity and why is it necessary?

A spectrum of domain dependence and cross-domain thinking

Given that all adaptations are useful somewhere, we invite you to consider what are the advantages and disadvantages of both domain dependence and cross-domain thinking and what would let you know there was:

can you find examples for each category?

Four ways to think across domains

Up-down – Identify a pattern in one domain and find examples of that pattern in another domain:

Down-Up – Take an example from one domain and find an equivalent in another domain:

Broaden – Widen the boundary of the domain and then find links within the widened domain: On our Coursera course, Modelling Thinking (2012), Scott E Page talked about the degree that a model can be applied in fields other then the one it was designed for. He called this model fertility. The more fertile, the more the model can be used to generate ideas in new domains.

Usually presented as a process comprising three stages of development: (1) a thesis,  which gives rise to its reaction, (2)  an antithesis,  which contradicts or negates the thesis; the tension between the two being resolved by means of (3) a synthesis. Although this model is often named after Hegel, he used different terms. Hegel ascribed this terminology to Kant.

What do Velcro, penicillin, X-rays, Teflon, dynamite, and the Dead Sea Scrolls have in common?  Serendipity! These diverse things were discovered by accident, as were hundreds of other things that make everyday living more convenient, pleasant, healthy, or interesting. All have come to us as a result of serendipity — the gift of finding valuable or agreeable things not sought for or ‘the faculty of making fortunate or unexpected discoveries by accident’. (Serendipity: Accidental Discoveries in Science, p. ix)

Many things exist today because someone made an unexpected connection across two distinct domains. For example, Velcro came about because George de Mestral made the link between burrs on a sock and a new kind of fastener. For more on  serendipity see:

Human beings attribute meaning to the relative physical location of objects, places or people, and through metaphor the relative ‘location’ of perceptual events, images, words and feelings. Furthermore, people usually attribute a special significance to items next to, beside orneighbouring each other. ‘Adjacency’ is the name we give to this kind of relationship. For a detailed investigation of adjacency is: cleanlanguage.co.uk/articles/articles/56/1/Proximity-and-Meaning/

Because the spatial divide can be collapsed, and one can work where once one only played or play where once one worked, it does sometimes seem that traditional boundaries between cultural domains such as work and home have collapsed. Technology provides the potential for increasing the integration between these domains functionally and subsequently, conceptually. And what about if you were comfortably living in the domain represented by the plateau in the following diagram?: