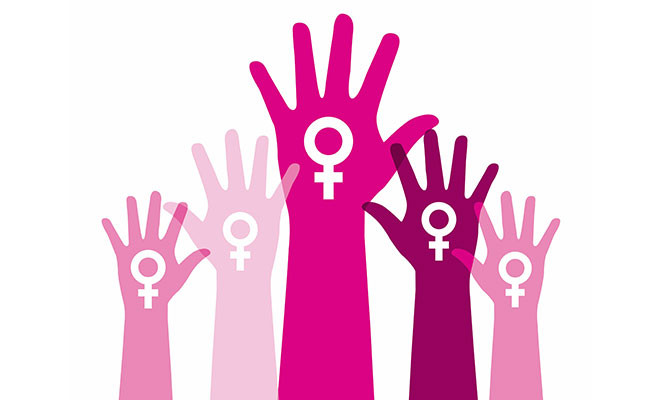 When I went to college in the 1970’s, the Women’s Liberation movement was all the buzz. Women’s “consciousness raising groups” were growing up everywhere, as women shared with each other their secrets – and anger — that they, their mothers and their great, great grandmothers had held tight to their chests for centuries.

Feminists of the time were right about some things, but wrong about others. On one hand, there’s no underestimating the explosion of formerly unavailable choices that became ours at last as a consequence of the Women’s Movement. Sisterhood truly meant something then; we realized that none of us would succeed in life unless all of us were allowed to. And it became unequivocally clear that women could think as well as men, work as well as men, and deserved the opportunity to do whatever it was that we wanted to do. It’s almost hard to believe that that was still somewhat of a radical proposition only forty years ago, but it was.
As with any movement, however — whether a person’s individual journey or the collective journey of a culture — there were sometimes two steps forward and one step back. While women were powerfully liberated both externally as well as internally by the feminism of the 1970’s, we made some serious mistakes as well.
Looking back on it now, it’s clear that in some ways we denigrated the feminine in the name of feminism. Too often we took liberation to mean simply that we were free now to behave just like men. In the name of feminism, we denied some essential aspects of our authentic selves. While feminism should have been nothing if not a celebration of our own unique characteristics, we insisted that we had no unique characteristics… that gender differences were hogwash, and a feminine woman was nothing more than a plaything for men. Calling a woman “feminine” was practically an insult! Words like nurturing and maternal weren’t viewed as feminine and therefore feminist; rather, they were viewed as weak. If men could be tough as nails in the corporate boardroom, then so could we. If men could have sex and not get emotionally involved, then so could we. If men could make business their bottom line and not factor in the welfare of children in formulating social and economic policy, then so could we. Yippee.

We were liberated to become their clones.

The last thing the world needed, of course, was twice as many paternalistic thinkers as there were before. But you live and you learn. In the last two or three decades, a great correction has been underway, as women of my generation have recognized the psychic scars left by our self-inflicted wounding of the feminine self. Too often, having become men, we then had a harder time with men. And having denied the importance (even the reality) of our feminine yearnings, we too often lay havoc to what is for many women a natural yearning of the heart, born of millions of years of evolution, to make a home and raise a family. Choosing to be a “traditional housewife” was seen as relatively unimportant at that time: so much less important, say, than having a real job.
I looked at my own mother — at her passionate devotion to husband, children, home and extended family — and I thought I could improve on that! I would go out into the world, you see — out where the important things were happening. It took me – as I think of took millions of other women, as well – a few decades to see how very wrong I was.
In time, I came to understand that spiritual, mythical and archetypal forces are just as powerful and influential as are political, cultural and social ones. Indeed, we overemphasize either category at the expense of something precious that the other has to offer. And in a metaphysical sense – given that as Einstein said, “time and space are illusions of consciousness” – you come to realize that as far as a difference between being “out in the world” and “being at home” is concerned, there actually is no difference. The concept of “out there” or “in here” becomes pretty meaningless once you realize that everything out there is simply a reflection of one’s consciousness. If anything, if we tended to the within better, there wouldn’t be so many problems without: if we raised our children better and tended to our own psyches more effectively, then we wouldn’t have so many political and social problems to begin with.
I ultimately realized that my mother’s very traditional role was far from meaningless. I now see that is a woman’s God-given role to tend to the home and take care of the children: it’s just that the entire planet is our home and every child on it is one of our children. Hell yes, women need to be out in the world if that’s where we feel led to be, but not at the expense of our spiritual mission. Rather, we’re in the world to fulfill that mission, by proclaiming that the world is our home and that we’re responsible for all of its children.

And that would change the world.

Just as we wouldn’t tolerate elements to enter our home that needlessly endanger our own children, so we shouldn’t tolerate elements in the world that needlessly endanger anyone’s children. Homemaker and motherhood are not just material conditions that belong to a few; they are states of consciousness that belong to any woman who assumes them. Women should be the keepers of the conscience of the world. We are keepers of the internal flame – the light of humanitarian values and the primacy of love – and our greatest power lies in keeping it lit.

Corporate profits should not be our economic bottom line; the safety and welfare of this planet, our collective habitat, should be our bottom line. On this, we should insist. For we are the homemakers of the world….

Money should not be our societal bottom line; the welfare of our children should be our bottom line. On this, we should insist. For we are the mothers of the world…

Any mother, should she see something dangerous in her home, would say, “No, not in this house! No way! Not here!” And as women of the world become the strong moral force that in our collective state we are capable of being, then when dangerous elements born of unrestrained greed and aggression enter the world, it is we who should lead the cry, “No, not on this planet! No way! Not here.”

A common anthropological characteristic of every advanced mammalian species that survives and thrives is the fierce behavior of the adult female of the species when she senses a threat to her cubs. From the lioness to the tigress to the mama bear, any threat to her cubs is met with the fiercest response. The adult female hyenas even encircle their cubs while they’re feeding, not letting the adult males get anywhere near the food until the babies have been fed.

Surely the women of America could do better than the hyenas.

Imagine if we were to insist — as with our collective political and financial power we could insist -that the amelioration of unnecessary human suffering become society’s new bottom line. From the 17,000 children on this planet who starve to death each day to the millions who lack a basic elementary education, from the relative complacency of the industrialized nations to the brutalization of women through the world to the billion souls among us living as best they can on less than $1.25 a day, it is the sleeping giant of a conscious and awakened womanhood that can provide the only sustainable solution: putting human civilization back on the track to probable survival by giving back to it its heart.

Women worked hard, and many at great personal sacrifice, to provide for the modern Western woman the extraordinary opportunities and powers that we now enjoy. While not all our battles for equality have been won, still enough of them have been won that our focus should not be solely on getting more power, but on how to use most effectively the power that we have. We have not only the right but also the moral responsibility to speak out loudly not only for our planet and our children, and for the millions of sisters around the world who cannot speak up for themselves. Not centuries ago but weeks ago, a fourteen year old girl in Bangladesh was raped, then caned as her “punishment,” and then died of her wounds. Let us speak, and act, for her.

In honor of our foremothers, for the sake of our oppressed sisters around the world, and for the love of all of our children both born and not yet born, we should wake up now… kick ass now… and change this world before it is too late. For that kind of thing is woman’s work. Twas always thus, and will always be….