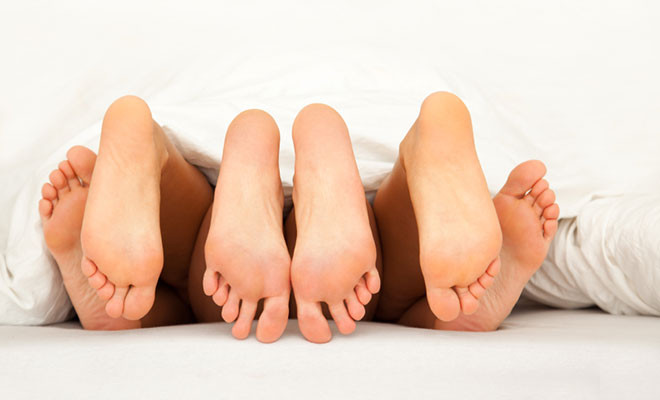 “In the early stages of a shift in patterns of morality, people may feel unsettled, deviant, sinful, or out of tempo with what they had formerly assumed to be true and appropriate.”

June Singer, The Energies of Love
Our culture puts so much emphasis on monogamy that few people realise they have a choice about how many sexualoving partners they can have at one time. Even harder to grasp is the idea that multipartner relationships can be stable, responsible, consensual, nurturing, and long term. Polyamory is not a synonym for promiscuity!

I myself didn’t realise that polyamory was really a possibility until I’d failed several times at the usual possessive and dependent arrangement that commonly passes for love. I knew that my real self wanted to experience unconditional love. I’d found this kind of total acceptance only outside the arena of marriage, in a few special friendships and in the contexts of psychotherapy and spiritual teaching.

Next to this kind of genuine intimacy, most romantic liaisons seemed like protection rackets! I knew I was capable of loving more than one person at a time, so I assumed others must be too. It’s been quite an amazing journey spanning many decades of discovering exactly how this works. I’ve learned that relationships based on truth, self responsibility, and unconditional love can take many forms, but even small withholds will gradually erode any relationship. I’ve learned that it is indeed possible to love more than one person over many years.

Unfortunately, the vast majority of multipartner relationships are neither ethical nor responsible. Lies, deceit, guilt, unilateral decisions and broken commitments are so commonplace in classic non-monogamy that responsible non-monogamy may sound like an oxymoron.

Because so many of us have been raised to believe that it’s simply not okay – with God, our parents, or our partners – to be polyamorous, we fair to realise that we actually can include more than one sexualoving partner in our lives in an ethical and trustworthy fashion. We never realise the joy we can find in willingly sharing a lover. We never realise that we can design a lovestyle which is both nonmonogamous and responsible – one which can be positive for us, our loved ones, and the rest of the world – one which is also consistent with basic spiritual principles.

The bad news is that it won’t necessarily be easy. But few people find monogamous relationships easy either. Still there is no denying that polyamory demands a good measure of maturity, self-esteem, skill, and commitment. If you’re not willing to undertake the necessary preparation, polyamory is not for you. But if you value depth, richness, excitement, and evolutionary opportunities found here enough to give it everything you’re got, polyamory can be a very rewarding choice.

The word polyamory comes from Greek and Latin roots meaning “many loves.” I use it to describe the whole range of lovestyles which arise from an understanding that love cannot be forced to flow, or prevented from flowing, in any particular direction. Love which is allowed to expand often grows to include a number of people. But to me, polyamory has more to do with an internal attitude of letting love evolve without expectations or demands that it look a particular way, than it does with the number of partners involved.

However, we can better understand the meaning of polyamory by taking a look at the more descriptive words which were used before the term was invented: responsible nonmonogamy.

Nonmonogamy used to mean having more than one spouse during your lifetime. Now it means having more than one sexual partner during the same time period. Whether the partners are married or how they interact sexually is not particularly relevant. We’re simply speaking of all sexualoving relationships other than those limited to two people.

A number of words and phrases have been used to describe specific forms of responsibly nonmonogamous relationships. Some of these are polyfidelity, open marriage, open relationship, group marriage, multilateral marriage, line marriage, intimate network, and triad. Other less specific terms include expanded family, intimate friendship, and inclusive relationship.

Polyamory can include all of these, and it is not limited to any one of them. In fact, polyamory even includes couples who are currently monogamous but who do not necessarily intend to remain exclusive forever. One thing all these types of relationships have in common is that they are both sexual and loving or sexualoving with no separation between the sex and the love. In other words, we’re not talking about casual sex or sport fucking.

Polyamorous relationships may differ, however, in their basic intentions and approaches. Some polyamorous relationships resemble traditional monogamous marriage in their emphasis on creating an impermeable boundary around the group, operating according to a well-defined set of rules (sometimes called a social contract), and expecting family members to replace individual desires with group agendas. I call this type of relationship old paradigm regardless of whether it is polyamorous or monogamous.

Other polyamorous relationships have a primary focus on using the relationships to further the psychological and spiritual development of the partners. These relationships tend to put more emphasis on responding authentically in the present moment, allowing for individual autonomy, and seeing loved ones as mirrors or reflections of oneself. These new paradigm relationships may also take either monogamous or polyamorous forms. Many people these days are in transition and find themselves attempting to blend elements of old and new paradigms as well as monogamous and polyamorous lovestyles, but these distinctions are useful in clarifying the direction in which we wish to move.
What forms Can Polyamory Take?

Open marriage or open relationship. These are both nonexclusive couple relationships; the main difference being whether the couple is married or not. In this scenario the partners have agreed that each can have outside partners. A wide variety of ground rules and restrictions may apply.

Intimate network. This is a lovestyle in which several ongoing secondary relationships coexist. Sometimes all members of the group eventually become lovers. Sometimes individuals have only a few sexualoving partners within the group. The group can include singles only, couples only, or a

mixture. Another way to describe an intimate network would be as a circle of sexualoving friends.

Group marriage. A committed, long-term, primary relationship which includes three or more adults of any gender in a marriage-like relationship. A group marriage can be open or closed to outside sexual partners.

Summary of the Seven Natural Laws of Love

For the summary you suggest, I’m inclined to take the summary of “the Seven
Natural Laws of Love” from my more recent book:

Visit www.lovewithoutlimits.com to get your copy of
Polyamory: The New Love Without Limits