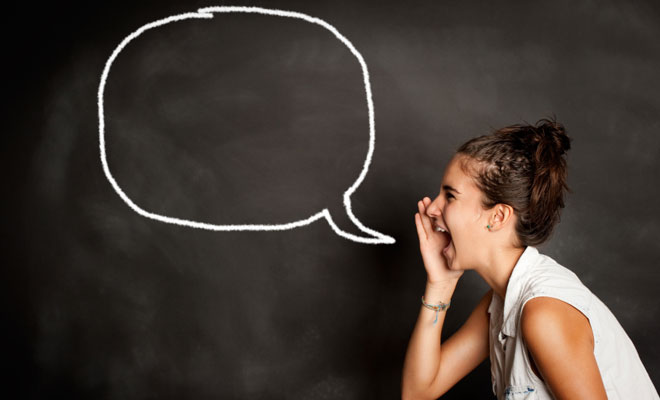 The Philosophy and Principles of Clean Language

1. Clients have within themselves the ability to heal the psychological and somatic wounds of their biographical, ancestral and cultural past.

2. Symptoms are unsuccessful attempts by the mind and body to heal itself. Our job is to create a suitable context in which we can encourage symptoms to be successful.

Every negative symptom has within itself a deeply coded solution which will not only abate the initial presenting symptom, but will also contribute a confidently positive resource (which compensates the client’s psychic economy for the negative effects of the symptom’s habitation).

3. The therapist’s role is to visit the client’s model of the world and unfold solutions that are conducted within the language and logical boundaries of that world.

Most therapies, to a lesser or greater extent, introduce fictional constructs as an agency which disrupt the client’s model of the world based on a therapist’s training. Clean Language speaks to an internal evolutionary process as distinct from an external revolutionary overthrow of a client’s symptomatic world.

It is neither client nor therapist-centered. To be client-centered means that the locus of therapy is going to the client’s ego state, or is egocentric in nature. And to be therapist-centered means the questions come from a therapist’s school of thought (as Maslow said, ‘if all you have is a hammer, the only thing you’ll see are nails.’). Whereas information-centered respects that information is sourced in a number of different places: semantically, somatically, spatially, and also temporally in biographical, ancestral and cultural time.

A. The nature of Clean Language is homeopathic: we are looking to language the minimal that excites the curious.

B. One purpose of Clean Language is the identification, gathering and embracing of symptoms. Whereas most therapeutic modalities see symptoms as negative and needing to be excised in the therapy, the art of Clean Language engages and interrogates symptoms until they confess their strengths.

C. The therapist ought to use questions that do not imply a client’s answer should be restricted to a certain modality — the worst offenders being ‘How do you feel about that?’ and ‘What do you think?’.

D. A therapist’s question should be formed in such a way as to not contaminate the client’s model of the world with presuppositions inherent in the way a question is asked.

E. Normal dyadic discourse is OK for social conversation, but is not much given to the delivery of language as a healing art.

F. Clean Language encourages psychoactivity. It has the ability to recreate and construe context so that it becomes self healing. The healing experience occurs in real time — not one that the client goes home to think about and then they change. If you get it right, it happens right there in front of you, and mostly it happens in the pauses between questions. Pauses are tremendous servants. They are response-inviting gaps in which psychoactivity takes place. This contrasts markedly with processes which engage cognizance.

G. Clean Language is hard for the therapist operationally and is easy for the client because it addresses the notion: “What’s the next question the client would really like to be asked?” and it is a discipline of only using the client’s lexicon.

H. In the delivery of Clean Language:

i. Acoustical parameters are of great importance (rhythm, tone, etc.)
ii. The definite article ‘the’ is left out.
iii. Most sentences start with ‘and’.
iv. No proper names are used, and only personal pronouns after they have been introduced by the client.
v. Repetition is of a recursive form. Recursive in the sense of a spiral rather than a circle. Recursive thematically — as Bach’s variations which have a forward momentum. And part of that forward momentum is temporal, so the recursive nature of questions moves time forward. Repetition creates a protective temporal and spatial womb or matrix in which your job is to be a good midwife; to recognise and develop and assist in the birthing of new information which is born out of:

I. Clean Language recognises and gathers together all disparate kinds of information into an organising proximal landscape, or ‘psychescape’ which includes all the usual suspects (words, feelings, memories) and:

J. Physicality (the precise placement of questions within a client’s psychescape) is an agency by which questions induce psychoactivity. Clean questions have a holographic virtual shape to them and have an ‘oomph factor’ which distinguishes them from other questions. If you don’t have oomph, you don’t got it. The oomph factor enhances psychoactivity and the oomph can be ascertained in a number of ways:

i. Because it’s felt. The client feels it’s the right question.
ii. It doesn’t require cognition or repeating of the question.
iii. The client can always answer the question.
iv. The questions are closely coupled to the client’s last statement or the logical consequence of the construct that has been invoked.

K. There is no such thing as a resistant client. There is such a thing as a therapist who doesn’t know what to do with the client’s response. If there is any resistance it’s the client’s way of training you how to ask a better question.

L. Clean language works with the intelligence between the lines.

M. Clean Language is deeply agreeable to the client’s heart and soul.

David is a keen observer of human behaviour, an avid gardener, and a master craftsman in working with narrative material. He is the Executive Director of the Center for Narrative Coaching in San Francisco. He is currently living in Sydney, Australia with his family on a three-year sabbatical, in part to continue his work with PricewaterhouseCoopers leading a multi-year coaching and culture change project. The Center is also planning an exciting new venture and community to launch in the Bay Area later this year. Prior to founding the Center in 2006, David spent fifteen years consulting on change projects, management and leadership development programs, and coaching initiatives in over fifty organizations. As part of this work, he was engaged by four organizations for multi-year projects to help them to develop coaching-based cultures and service delivery systems. He has also developed extensive training resources on coaching skills in the workplace and taught his coaching skills program to over 5,000 leaders, managers and professionals to help them shift the way business gets done. David also speaks regularly on the future of coaching, change and leadership using a narrative frame. David’s doctorate is in Human and Organizational Systems from Fielding Graduate University in California. His primary research interest is the role of stories in understanding and shaping identity, development and change. He has also studied and taught Jungian psychology, grief work, spiritual formation, and rites of passage as a foundation for his work. Renowned for his breakthrough work in narrative pattern recognition, David works as a participatory anthropologist to advise leaders and their organizations who want to embark on significant change. David has taught advanced graduate and professional courses on narrative/coaching skills and management/leadership for six universities in the U.S. and Australia. He has written over 30 articles, papers and chapters on narratives, evidence, and coaching, and he is active in the international coaching community as a researcher, writer and presenter. He is the chief editor for “The Philosophy and practice of coaching: Insights and Issues for a New Era” published by Jossey-Bass in 2o08 (www.practiceofcoaching.com), and he is nearing completion of his next book, an introduction to narrative coaching. He also serves on the Editorial Board for the Journal of Evidence-Based Coaching and Mentoring (UK), the International Journal of Coaching in Organizations (US), and Coaching: An International Journal of Theory, Research and Practice (US).