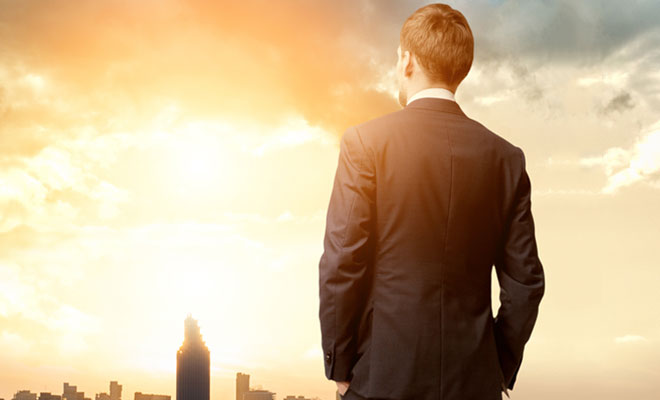 The first article in the three-part ‘Situational Leadership’ series revealed how direct connections need to be made between what is taught and what is experienced in order to bridge the ‘synaptic gap’ between intention and implementation. The second article then examined the need for recognising personal styles for contemporary varied environments – and showed how leaders can lead in a way that is meaningful and relevant for them in their particular context. This final article in the series focuses on situational leadership for the long term – how to ensure this sort of flexible leadership style can last.

Imagine you are 4 years old and participating in an experiment. A nice adult gives you a marshmallow and then says they have to leave the room to get something. Just as they leave, they say that if you can wait until they come back before eating the marshmallow, they will give you two marshmallows.

Now imagine you are watching the results of this experiment (which is an actual experiment) – you are watching the faces the children pull and the way they squirm as they fight the temptation and to try to hold back from eating the marshmallow until the researcher returns. Some will eat the marshmallow straight away, caring nothing for the instructions or outcomes – others will stare at it as an internal battle rages between long term rewards and instant gratification. In actual fact, some even lick the table around the marshmallow trying to get as close as they can to eating it without breaking the rules, or cover their eyes to try to banish it from their minds.

Which type of child would you have been?

Now imagine 14 years later. The nice friendly adult (who turns out to be an undercover researcher) locates you and everyone else that sat in that room 14 years ago. The researcher interviews you to find out about your life, your successes and failures, and tries to see if there is any connection between those that ate the one marshmallow and those that waited and received two as a reward.

As it turned out in this experiment, the one-marshmallow kids (now young adults) – the “grabbers” (34%) – suffered more from low self-esteem and were viewed by others as stubborn, prone to envy and easily frustrated. The two-marshmallow kids – the “waiters” (66%) – were better copers, more socially competent and self-assertive, trustworthy, dependable and more academically successful. This group even scored about 210 points higher on their SATs.

The character traits highlighted by the ‘Marshmallow Test’ persist in adult life. They affect our performance in every area. In the area of leadership, leaders can also end up working from the one- or two- marshmallow principle. They can be guilty of looking for short term gains at the expense of potential long term outcomes.

In their role, leaders are required to both set and reach goals, and manage people to help a group reach those goals as a coordinated team.

1. Establish direction and a goal in a working group of individuals
2. Gain commitment (Kotter: “aligning”) from these group members to this direction and motivate these members to achieve the organisation’s outcomes.

Before this (in the late 1960s), Hersey and Blanchard came up with what they saw were the 2 key areas of successful leadership: Task Focus & People Focus. Establishing direction is related to the task focus, while gaining commitment and ensuring motivation is related to people focus. This model revealed that most of us have a bias to one of these areas, and this shapes our leadership style.

The problem can be that leaders can end up spending time managing short term needs and crises related to dealing with people at the expense of reaching the long term goal. For the situational leader – who is true to his or her own unique leadership strengths – there can be a natural bias that is difficult to overcome.

By knowing their specific bias and being aware of how this can affect their performance, and by knowing the goal ahead and understanding how to stay on target and self-correct, the situational leader is able to face the different needs and demands of each new situation they will face.

Getting to that goal

Getting to that goal For those who tend to focus on keeping people happy rather than trying to reach a goal, the desire to please everyone can be an instant “marshmallow” gratification. To get those immediate smiles or words of praise, one-marshmallow leaders spend the better part of each day responding to random requests to do this or that, help this person or that one — and never get around to pursuing his or her own projects or helping the group focus on reaching their projects.

Obviously aiming for a long term goal and being disciplined about reaching it without gaining group support and commitment will be a disaster. A leader can’t afford not to make the people in the team a priority. But there needs to be a balance. In the end the goal will both define and be defined by the relationships, but without being disciplined enough to aim for a goal in the first place a leader’s actions are worthless.

The situational leader who has a clear goal in mind to reach for the long run, even if that goal needs to be adjusted along the way due the specific circumstances they face, will be able to both meet the needs of the people working with him or her, and finish the task.

And that is a truly satisfying and enriching experience.

Andrew Grant, CEO of Tirian, is the creative designer of Tirian programs and has worked on leadership and team development for top executive clients in multinational companies throughout the world. Andrew has been in high demand as a keynote speaker & facilitator in over 15 countries, and has successfully worked with over 30 different nationalities. His ability to transcend cross cultural and cross functional barriers and address audiences with a message relevant to executives and their teams alike makes his sessions valuable to all participants. Andrew's stimulating and often humorous and engaging delivery style, coupled with relevant and intelligent content, makes him a great choice for conference and development programs internationally.